Faculty Member’s Film to Air on HEC-TV in September 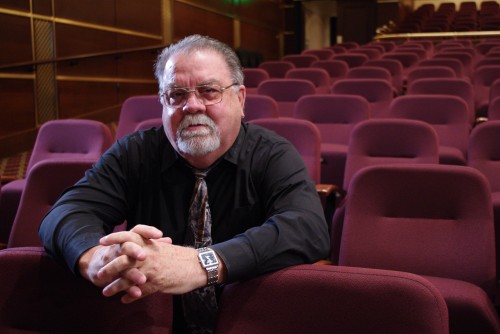 Peter Carlos, LUTV Station Manager and Associate Professor of Communications at Lindenwood University, has directed a short film titled Gravity that will be featured on Tuesdays throughout September on a local television show called Frames. The series will air on HEC-TV, the area’s largest producer of education, arts, and cultural television programming.

“The film is about a guy who is robbed by his friend from high school,” Carlos said. “Later he and this friend have a talk, which leads to a confession. Then there’s the ending that’s a surprise so I can’t say what happens, but it’s a real crowd pleaser.”

Carlos cast both current and former Lindenwood students in the movie, as well has his son, Alex, who will be a freshman at the University this fall. His colleague Ben Scholle, Department Chair and Associate Professor of Communications, assisted in the filming.

“Gravity” was also submitted this summer to the Whitaker St. Louis Filmmakers Showcase, an annual presentation of the nonprofit Cinema St. Louis organization. It was well received and Carlos won the award for best director of a short dramatic film.