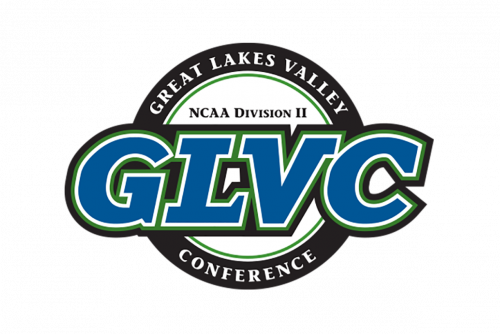 The Great Lakes Valley Conference (GLVC) announced on Thursday that Lindenwood University has been admitted to the Conference as its 16th member institution, following a vote of approval by the GLVC Council of Presidents on Oct. 2.  Lindenwood will formally join the GLVC on July 1, 2019.

Founded in 1827, Lindenwood is a private, four-year university with over 4,000 undergraduate students on its campus in St. Charles, Missouri. The Lions reside within 15 to 60 minutes of three GLVC member institutions (University of Missouri-St. Louis, Maryville University and McKendree University), three hours of eight Conference campuses, and 300 miles of all league schools.

“Lindenwood will be a terrific addition to the GLVC.  We are fortunate to have attracted such a quality institution that is located in the heart of the league’s geographic footprint,” said GLVC Commissioner Jim Naumovich.  “Their commitment to the academic success and graduation of student-athletes, expansive sport sponsorship, outstanding facilities, stable enrollment, strong fiscal standing, and an engaged leadership team are but some of the positive attributes that the institution brings to the GLVC.  We are excited to welcome the Lions for the 2019-20 season.”

Lindenwood has been competing in the Mid-America Intercollegiate Athletics Association (MIAA) since the 2012-13 academic year, which was its provisional season under the NCAA Division II banner after reclassifying from NAIA.  The Lions have captured 11 MIAA regular season or tournament titles in the sports of baseball, women’s basketball, men’s cross country, men’s golf, men’s soccer, and wrestling.

"The Great Lakes Valley Conference is a highly successful and premier athletic conference at the NCAA Division II level that offers exciting opportunities for our University," said Lindenwood President Dr. Michael Shonrock.  "The GLVC will provide our student-athletes with top flight competition and unparalleled visibility throughout the region and across the nation. Conference realignment is never an easy process and we arrived at this decision after careful consideration of the long-term best interests of our university. We would like to thank the MIAA for the years that we spent in this highly competitive conference.  After our transition in 2011 to NCAA Division II, the MIAA was the first conference to accept our University and it was a great home for the past seven years.”

Lindenwood currently fields teams in all 22 sports the GLVC sponsors, in addition to women’s lacrosse and field hockey under the NCAA Division II banner.  The Lions also sponsor men’s volleyball and women’s ice hockey and gymnastics at the NCAA National Collegiate level, as well as 25 non-NCAA sports.

“We are beyond excited to be joining the Great Lakes Valley Conference as full members, beginning in the 2019-20 academic year,” said Brad Wachler, Lindenwood’s Vice President of Intercollegiate Athletics.  “The GLVC is an elite NCAA Division II conference that is steeped in great history and tradition both in the classroom and on the field of play.  On behalf of our student-athletes, coaches and administrators, we are looking forward to building a long-term and sustainable partnership with the GLVC and its member institutions.”

Several current GLVC institutions already have familiarity with the league’s newest member.  Over the course of the past four seasons, GLVC schools have competed against Lindenwood on nearly 250 occasions in all 22 sports except for football.

This past year, the GLVC posted five schools in the top 50 of the final Division II Learfield Directors' Cup standings, which tied the totals of the Pennsylvania State Athletic (PSAC), Rocky Mountain Athletic (RMAC) Conferences and the MIAA.  Lindenwood placed 37th overall, just one year removed from a sixth-place finish.

The GLVC is currently one of the largest NCAA Division II conferences in the country, featuring 14 schools and 22 sports.  The conference was established in 1978 and made up of six schools in Indiana, Kentucky and Ohio, but has moved westward to include four Illinois schools and seven Missouri schools.

The GLVC began evaluating Lindenwood as a prospective member upon receipt of a letter of interest from the University in December 2017.  This past May, Lindenwood conducted its formal presentation to the league membership.  During this same meeting, the GLVC admitted Southwest Baptist University (Bolivar, Mo.) as its 15th member, with the Bearcats set to begin competition under the GLVC banner in 2019-20.

The Great Lakes Valley Conference is one of the premier NCAA Division II conferences, made of 14 member institutions from four Midwest states (Illinois, Indiana, Kentucky, Missouri) and comprised of 6,000 student-athletes, 50,000 students and 500,000 alumni.  Founded in 1978, the GLVC has grown to sponsor 22 conference championships and is among the nation's elite in academic and athletic success.  GLVC schools have captured 18 NCAA Division II national championships, including 11 on the men's side, seven of which are in basketball, and two of seven women’s titles that were won this past year (Golf, Softball).  Among the 24 NCAA Division II conferences analyzed in the 2017-18 report published by the national office, the GLVC ranked tied for third in Federal Graduation Rate (FGR) at 65 percent and third in Academic Success Rate (ASR) at 84 percent for all student-athletes.  The GLVC is also home to the GLVC Sports Network – the first NCAA Division II conference-wide digital streaming network that launched in 2014.  GLVCSN, which can be found on Apple TV 4th Generation, Amazon Fire TV, Android TV and Roku devices, as well as iOS and Android mobile apps, has streamed a total of 369 events at all 82 GLVC Championships while a total of 5,719 events across 20 of the league’s 22 sports have been streamed on campus.  For more information about the GLVC and GLVCSN, visit the Conference's official websites at GLVCsports.com and GLVCSN.com.

Lindenwood University, founded in 1827, is an independent university offering more than 130 undergraduate and graduate degree programs in diverse areas of study and traditional and accelerated formats, including online. Lindenwood operates residential campuses in St. Charles, Mo., and Belleville, Ill., as well as numerous extension sites in Missouri and Illinois.