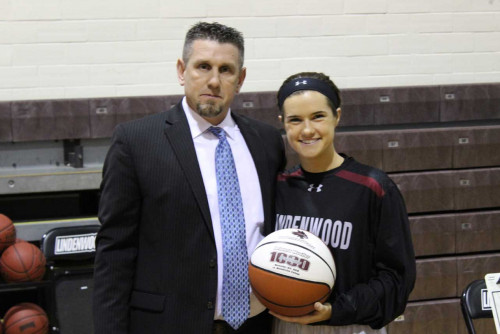 With her 27th point in the fourth quarter, and 1,228th all time, Mueller surpassed Torre Kohrmann, who set the same record last year. Mueller now stands with 1,244 career points in just 2 ½ years with the Lady Lynx. She recorded 496 points as a freshman and 454 as a sophomore and has 294 thus far as a junior. In addition, Mueller stands atop the NAIA in terms of points averaged per game (19.6).

“I think that Brianna’s individual accomplishments are a result of the hard work that she puts into her game,” Head Coach Jeff Reis said. “She led us to the NAIA National Tournament for the past two years and continues to be a leader in our program. We are looking forward to what she can accomplish in the remainder of her career.”

Through nine conference games thus far, the Lady Lynx have compiled a 6-3 record and stand at fifth out of 13 teams in the American Midwest Conference for the 2018-19 season.

For the remainder of the campaign, the Lady Lynx have their work cut out for them, as they will face four nationally ranked opponents in the conference. They will face William Woods twice, No. 18 Lyon College twice, No. 1 Freed-Hardeman University once, and No. 2 Columbia College once more before the AMC Tournament begins in late February.