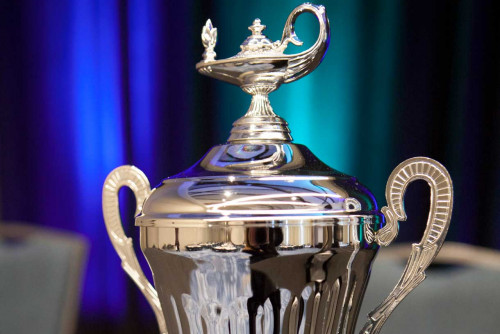 Every year, chapters from over 300 universities and colleges can compete for the President’s Cup by presenting three years of each chapter’s academic events, service initiatives, community activities of an academic nature, convention participation, social media and campus awareness initiatives, as well as undergraduate publication in the society’s journal, Aletheia. According to the committee charged with judging this year’s applications, Lindenwood’s chapter, Missouri Pi of Region IV, met or exceeded all 11 criteria. The President’s Cup trophy was presented in an online awards ceremony and is on its way to the campus of Lindenwood University. The chapter will be recognized in person at next year’s national convention. Missouri Pi will also receive an honorarium of $200.

“The Missouri Pi chapter of Alpha Chi has been fortunate to have active and creative faculty leadership and engaged student officers,” said Lara Noah, Alpha Chi’s executive director. “Their academic and service events exemplify exactly the kind of activities and member involvement we love to see happening on our campuses.” 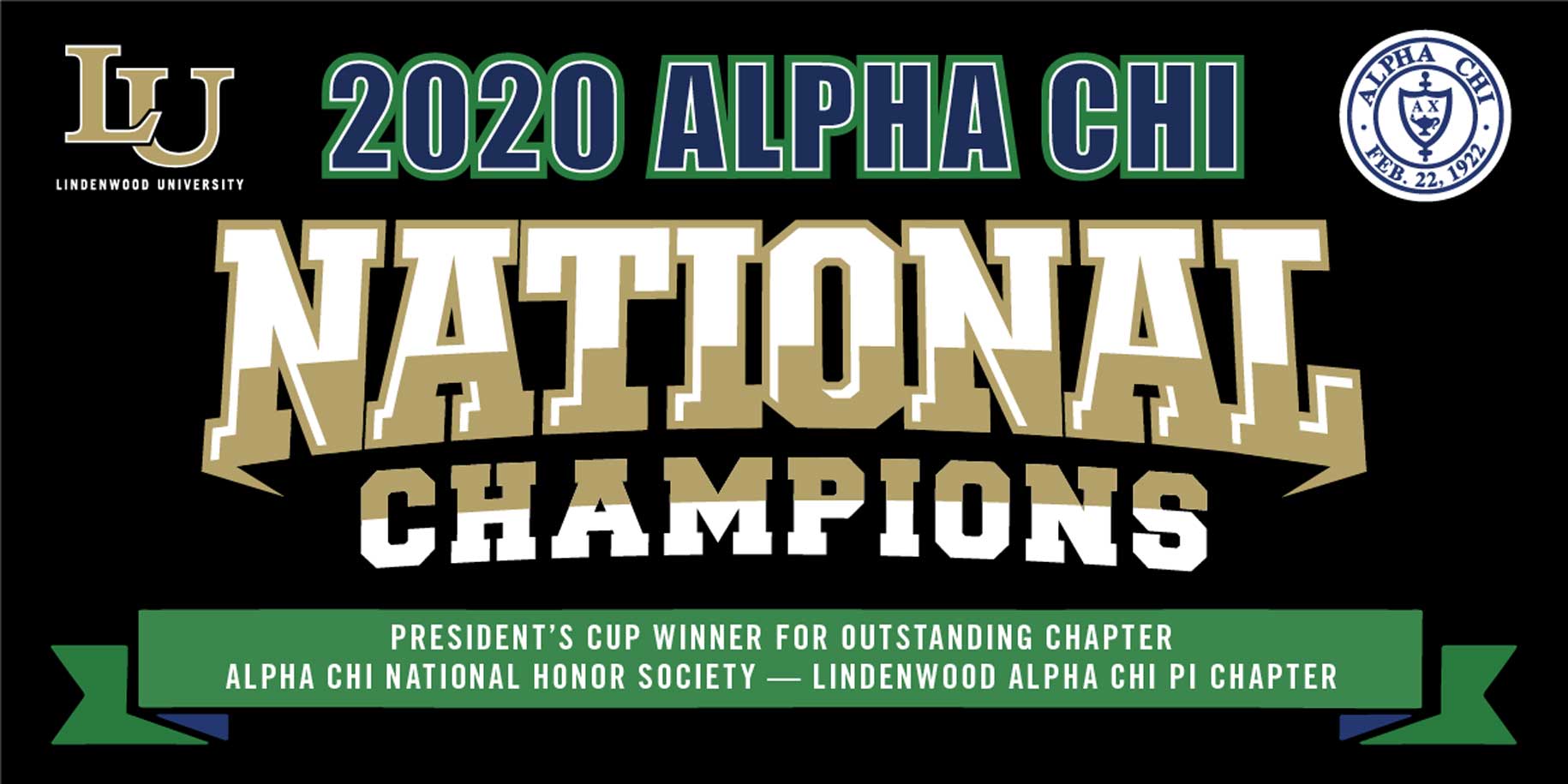 The selecting committee also recognized the chapter’s outstanding participation at Alpha Chi’s national conventions. Even when the 2020 convention scheduled for March in Albuquerque, N.M., had to transition to a virtual convention, Missouri Pi’s student presenters all sent videos or electronic submissions of their scheduled presentations.

Dr. Kathi Vosevich, the primary chapter sponsor and dean of the School of Humanities at Lindenwood, said she is thrilled by the 2020 national award because it underscores the culmination of teamwork and years of excellence.

“We are so excited that the Lindenwood chapter is a recognized leader by the national honor society and by our peers,” Vosevich said. “We want to celebrate our scholars and continue the tradition of quality academics and service at Lindenwood.”

Since 2016, Lindenwood has sent 15 students to present at national conventions, has been awarded three national scholarships, and has had three student articles published in the society’s peer-reviewed undergraduate journal. The chapter also won a prestigious grant in 2019 to sponsor a writing competition at the Dark Carnival, Lindenwood’s annual Halloween event, which Vosevich plans to make a new tradition at the university. In addition, the chapter takes service seriously and donated items to the university pantry, sponsored a Day of Kindness for the School of Humanities, offered a free screening of a film for the community about teenagers and technology, as well as sponsored several résumé workshops and facilitated a networking table at a university event to help develop graduating students’ interviewing skills. The chapter also sponsors an annual award at the Student Research Conference.

“This is a very meaningful award for the university and highlights the excellence of the students we have and the education we offer,” said John R. Porter, Lindenwood University president. “This shows how Lindenwood competes at a national level and wins.”

Alpha Chi National College Honor Society invites to membership juniors, seniors, and graduate students from all disciplines who are in the top 10 percent of their classes. Active on about 300 campuses nationwide, chapters induct approximately 10,000 students annually.