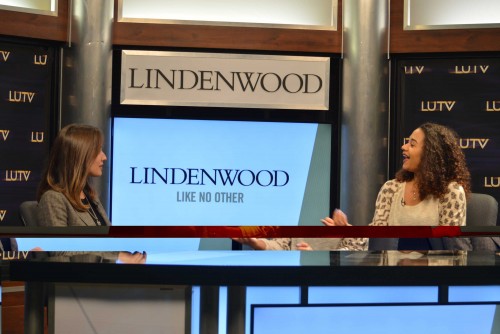 Lindenwood University’s high-definition student-run television station, LUTV, is launching a new program, Millennial Media, designed to spotlight the creative works of area high school and college students. The show debuts the week of March 13 with a new episode airing each week after.

Millennial Media will air weekly at 8:30 a.m. and 8:30 p.m. Monday through Friday. LUTV is available at channel 989 on Charter Spectrum, channel 99 on AT&T U-Verse, and online at www.lindenwood.edu/lutv, at which LUTV program is available in a live stream.

The show’s producer, graduate student Lydia Lewis, said the idea is to highlight the skills and achievements of young people from the region. The early episodes include segments about students who work on their school’s publications, including yearbook, newspaper, and visual arts, as well as two students who video stream their school’s football games.

“It can be anything,” Lewis said. “We see the term ‘media’ as all-encompassing. We want to delve into all of the arts, anything that can be shown or displayed.”

The works are displayed in the show, and the hosts, Abrielle McLemore and Romero Starks, interview the students and their instructors about what they did, how they did it, and what they learned from it.

“It’s a great platform for students to promote themselves,” Starks said. “(In coming to LUTV), they also get a first-hand look at how things work in the industry.”

The initial segments feature students from the Francis Howell School District, but Lewis said she wants to cast the net as wide as it will go, featuring students from schools throughout the region.