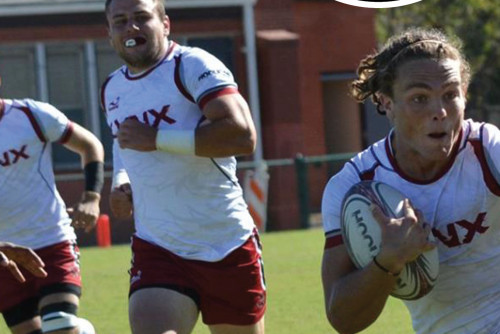 “We’re really excited to host this event and have some of the best ruggers in the country come to compete on our campus,” said Head Rugby Coach Joe Lippert. “This is going to be a fast-paced, action-packed day, and we invite everyone to join us to see what the game of rugby is all about.”

Rugby 7s differs than the traditional rugby 15s as only seven players are on the field at once and the competition time is shortened to two seven-minute halves. Rugby 7s was in the Summer Olympics for the first time in 2016 and has been gaining popularity since.

“We’re really proud of our ruggers,” said Lippert. We have worked very hard to elevate the Lindenwood rugby program and have done just that over the past year.”

“Rugby is a physical, team-first sport,” said Lippert. “Our student-athletes wake up early and work hard to excel in both the classroom and on the rugby pitch.  We are not only training for rugby, but working to build resilience, work ethic, and values that will serve them throughout their lives. Lynx Rugby strives to make better young men. We are looking forward to showing what we have been working toward at our home tournament.”

During the tournament, which is free and open to the public, tailgating will take place adjacent to the field with food trucks, vendors, and the Lindenwood Employee Family Picnic.