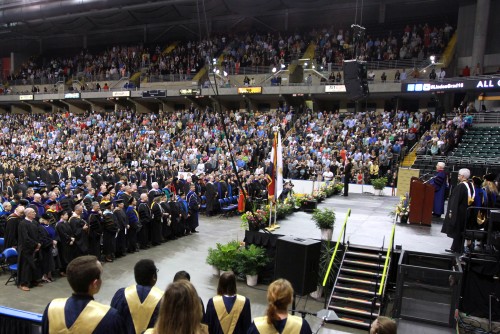 The Family Arena is located at 2002 Arena Parkway, 1 ¼ miles south of I-70 and Fifth Street. Guests do not need tickets to be admitted to the event.

For the first time, Lindenwood University-Belleville will hold its own December Commencement, which is scheduled for 2 p.m. the following day, Sunday, Dec. 11, at the Gateway Center in Collinsville, Ill.

Both campuses also hold commencement exercises in May for graduate and undergraduate students.

Do you have questions about graduation? Find your answers here.

LUTV is a resource provided by Lindenwood University for St. Charles County’s 50,000 Charter Cable subscribers. It is also available to AT&T U-Verse subscribers throughout the St. Louis metropolitan area, and it streams live on the web 24 hours a day, 7 days a week.