Dr. Michael Castro, Lindenwood University professor emeritus, has been named St. Louis’ first poet laureate. Castro, who taught at Lindenwood for 32 years, retiring in 2012, was chosen from a field of 65 nominees by an outside task force; the selection was ratified by St. Louis’ Board of Aldermen. 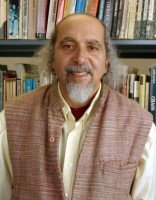 According to an article in the St. Louis Post-Dispatch, Castro was the task force’s unanimous choice. He will begin the post on Jan. 1 and will serve a term of two years. He will make at least six appearances a year in his new role.

“I would hope, as poet laureate, to bring the various strands of the poetry community together through initiating some programs that would accomplish that and bring in diverse audiences,” Castro was quoted as saying in an article published by KWMU, St. Louis Public Radio.

Castro has published 10 volumes of poetry and a book of prose on the poetry of Native Americans and is a founder of River Styx literary journal and its reading series. He has been recognized locally and nationally for his work.

“Few communities are lucky enough to have someone like Michael to become their first poet laureate, said Aaron Williams, chairman of the task force that selected Castro, in the Post-Dispatch article. “He really is a game-winning grand slam of a nominee and human being to lead this post for the first time for our community.”

During his time at Lindenwood, Castro was a favorite of students, many giving him credit for awakening the poets inside them. He launched Lindenwood’s MFA in Writing program in 2002, currently chaired by Beth Mead, and he was named a Fulbright Fellow in 1990 to study the art and culture of India.

Peter Carlos, who was Castro’s first hire at Lindenwood and was a student of his at the University of Missouri—St. Louis, helped found the Duff’s Poetry Series with Castro.

“I consider Michael Castro to be one of the finest poets to come out of St. Louis,” said Carlos, director of LUTV-HD and a teacher in the MFA in Writing Program. “He is considered one of the great visual poets. You have to see him perform.”