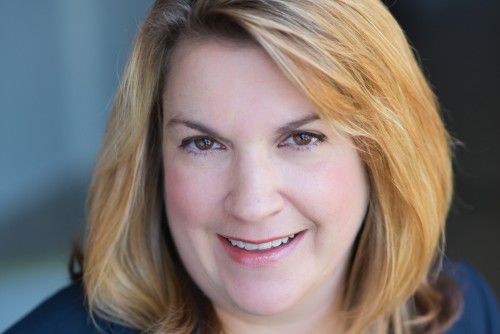 The State General Assembly in August passed a bill which would reformulate the way Illinois schools from kindergarten through high school are funded. The proposed new formula includes language requiring higher thresholds of staffing of guidance counselors, which was based on a white paper largely written by Patterson-Mills.

“The way schools are funded is being changed across the nation because of the Every Student Succeeds Act,” said Patterson-Mills. “It’s up to states to decide how to spend the federal money they’ll be receiving, and we wanted to see a model that requires students have adequate counseling.”

The new school funding bill creates a new K-12 public education funding formula using an evidence-based model for school funding. A unique adequacy funding target for each school district is computed based on the cost of implementing 27 research-based best practices. The greater the student in a district, the higher the district's adequacy target. As new funding for K-12 education is invested, funding goes first to those districts that are the farthest from their adequacy targets.

Patterson-Mills said Chicago-area school districts, which are typically wealthier than those in central and southern Illinois, had an adequate staff of counselors on-hand previously.

“This levels the playing field across the state and bring schools south of Chicago up to the standards already in place in the northern part of the state,” Patterson-Mills said.

The language drafted by Patterson-Mills was originally part of a school funding bill that originated in the Illinois Senate in July. It was passed by the Senate and later the House. But Governor Bruce Rauner vetoed it because of objections about money earmarked to bail out the pension funds for Chicago schools. The House over-rode the veto and the Senate was poised to attempt to do the same when an 11th hour compromised removed most of the money for the pension bail out and allowed tax credits for parents to send their children to private schools. Rauner signed the updated bill.

Dr. Therese Chavaux-Turnbull, associate professor of professional and school counseling at Lindenwood Belleville, said it was a long, hard road from the time the original bill was drafted until it was finally passed. But, she said, the wait was worth it.

“For the first time in Illinois, the law requires districts to have adequate ratios for school counselors, including the elementary school level,” Chavaux-Turnbull explained. “This will increase the number of school counselors districts must employ so Illinois students receive the services they need statewide to be supported academically.”

Chavaux-Turnbull said it’s important to make sure all Illinois grade school and high school students get a high-quality education.

“Southern Illinois is often times ignored by the Illinois legislature for its school needs,” Chavaux-Turnbull said. “This bill ensures that students from central and southern Illinois get the same high-quality education students in the Chicagoland area receive.”