The House That Trash Built 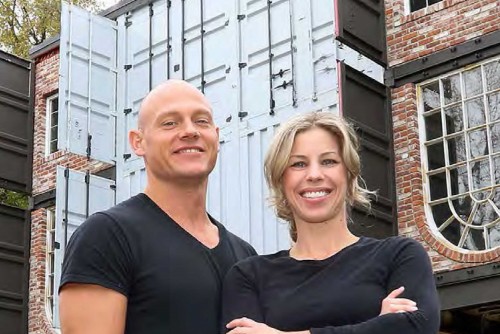 Artist, business owner, and Lindenwood University alumnus Zach Smithey (’06, ’09) is back in the local spotlight thanks to his most recent groundbreaking endeavor, the construction of a one-of-a-kind shipping container home in his hometown of St. Charles, Mo. Smithey and his wife, Brie, are building their 3,100-square-foot dream home from eight cargo-worthy shipping containers and a plethora of other alternative building materials.

“We’ve used architectural scrap, bowling alley lane pieces, large wooden spools, salvaged brick, antique light fixtures, discarded materials from landscaping companies such as fountains and concrete balusters,” Smithey said. “We see pretty much everything, not for what it is, but for what it can be.”

The project is a dream-come-true for the Smitheys, who had considered building a container house for several years. They decided to move forward with their plans during a recent vacation to Saint Maarten.

“While we were there, we saw a shipping container structure being built with the exact same design that we had in mind, and once we saw the design in real life, we knew that was the material we wanted to use,” said Smithey. “We already owned a lot on Elm Street in St. Charles that we’d purchased in 2011, so we decided to go ahead and build on it.”

The Smitheys sought the help of a shipping container broker, who helped them secure the highest-quality containers at the best price. The containers originated in Shanghai, China, were used a dozen times to ship various goods around the world, and were then sent to St. Louis, Mo., for the Smitheys’ new home. 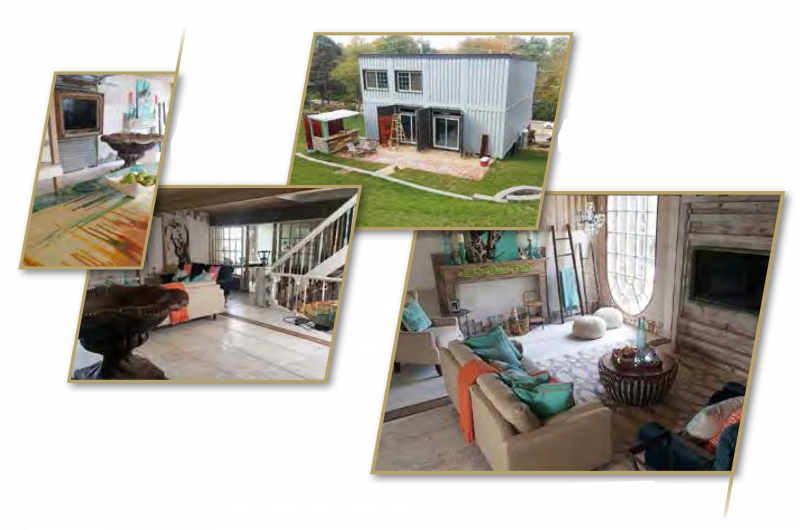 Following months of construction, the home boasts two stories, an 11-foot foundation, three bedrooms, and 2 ½ baths. Total construction cost is projected to be about $125,000, which is about a third the cost of typical construction for a dwelling that size.

“Part of the appeal was that we could build this home mortgage-free while having the freedom to create and design a home that is uniquely us,” said Smithey. “Now that it’s all happening, it’s better than we ever dreamed it would be.”

The couple plans to move into their new home by the end of 2016. An hour-long episode documenting the construction of the Smitheys’ container home will air this winter as the pilot episode of a new television series titled The House that Trash Built. The show will debut on the FYI Network, and episodes will be rebroadcast by the HGTV network.