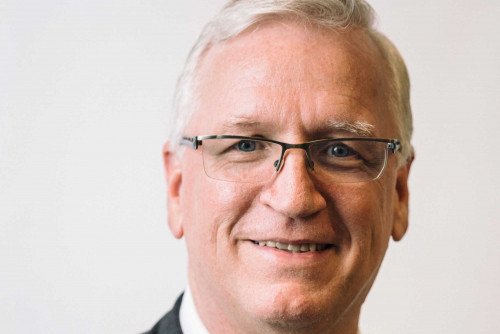 John R. Porter’s life, education, and career have taken him from Chicago, Ill., to Pittsburgh/Altoona, Penn.; Atlanta, Ga.; Springfield, Mo.; South Africa; and Dubai. In July, he added St. Charles, Mo., to that trajectory as he assumed the role of Lindenwood University’s 23rd president.

Whether he is talking about his childhood, his career, or his family, he often uses terms like “fortunate” and “blessed.”

Porter grew up in the south side of Chicago in a place called Midlothian, Ill., where he played many sports like baseball, football, basketball, and wrestling.

College took him to Evangel University in Springfield, Mo., where he transferred in as a sophomore in 1981. It was there Porter met his wife, Beverly, and they married in 1983. After graduation, he returned to the Chicago area.

“My wife started with Peat Marwick (now KPMG) as an accountant and earned her CPA certification, while I started with IBM in December of that same year,” Porter said. “I began my IBM career in administration but decided I wanted to get into marketing and engineering once we moved to Pittsburgh. I went through extensive marketing education and engineering training for a year with IBM.” 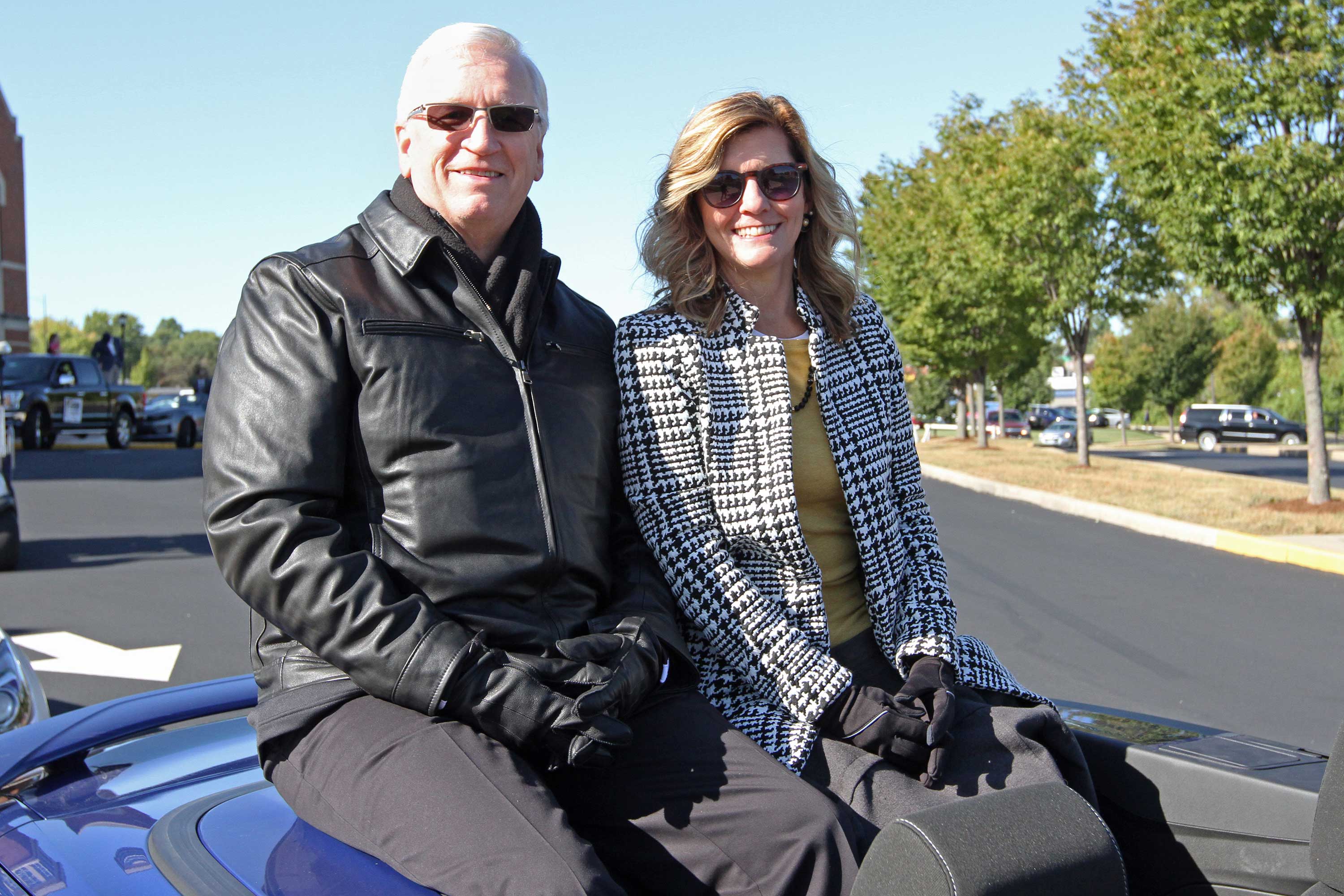 Porter worked for a time as a marketing representative and moved into first line management, becoming certified in mainframe computing. To further his career, he and Beverly moved from Pittsburgh to Atlanta in 1999. In Atlanta, Porter ran IBM’s mainframe and storage divisions for the southeastern United States, after which he ran some worldwide divisions for the company.

“Three years ago, I was asked to move to South Africa and run two divisions,” Porter said, “Infrastructure Services and Technology Support Services. It was a fantastic opportunity. My wife and I enjoyed it—the people, my team, and just the atmosphere in South Africa.”

During his time there, Porter was involved in a project in 2017 that used artificial intelligence and analytics to protect endangered rhinos and their caretakers from poachers in the Welgevonden Game Reserve, a project that was covered by CNN.

In August 2018, Porter left IBM to work with an IBM business partner, Gulf Business Machines, in Dubai, where he ran the same divisions he had led in South Africa, except in a number of Middle East countries (Kuwait, Bahrain, Abu Dhabi, Qatar, Dubai, Oman). He said that position provided yet another learning experience and further perspective on and respect for another culture.

“I think working in Dubai and South Africa gave me an appreciation for cultures and how people live in them,” Porter said. “It gave us a greater appreciation for diversity and making sure we do our part in assuring everyone has a multicultural education and that we all put aside issues, biases, and prejudices and work together as a team, no matter what we are doing.”

Porter’s background in higher education goes back 12 or 13 years, when he joined the alumni board at Evangel University and began teaching international business and leadership courses as an adjunct professor at Drury University. He and Beverly had also been involved in programs for youth for more than 30 years. He later joined Evangel University’s Board of Trustees, which gave him important perspectives on the internal workings of higher education.

“The desire was there for quite a long time, so we always figured we would marry all that together, and I would be in a position to be in a strong leadership position at a university,” Porter said. “While I was in South Africa, I was thinking of getting into higher education full-time when I finished with IBM. We felt a doctorate was essential for this new career path. Thus, over two years ago I started my Doctorate of Education at Johns Hopkins University.” He is slated to complete that doctorate in May of 2020.

Six months after moving to Dubai, he got a call about a potential opportunity at another university.

“That’s also when the opportunity for Lindenwood came to be, and so here I am, based on all those transactions,” Porter said. “It was about 127 hours of travel for all the interviews, but it was certainly well worth it.”

When he and Beverly first visited the campus in the spring, he said it made a strong impression, as did the leadership team, once he met with them.

“I think the university is all about the students,” Porter said. “It’s all about, ‘How do we make the best campus experience and classroom experience for our students?’ That’s the number-one focus that I have.”

He said he has also challenged the leadership group to look forward.

Other areas of focus are growth and use of available technologies.

“I want to use technology here in the right ways, not for the sake of technology, but to help us save on costs, be more efficient, more competitive,” Porter said. “It can help us see the market a little bit better. I’ve got some large aspirations. I’m excited. I think the cabinet’s excited. We’ve got a lot of work ahead of us, but I have a lot of energy, and again, the focus is on our students and how we can make this the best experience possible for them.”

Porter uses the terms “we” and “team” a lot, in particular when talking about his journey to this point. Beverly has been through every step of the journey with him, and the two have three grown children and three grandchildren, all of whom live in the Kansas City area.

“We complement each other very well,” Porter said. “She’s very detail-oriented, and I’m more of the big picture and the strategist in the family. Success comes from a team. It’s never an individual. When you see somebody with success, you know that there were a lot of people that surrounded them for them to get where they are.”