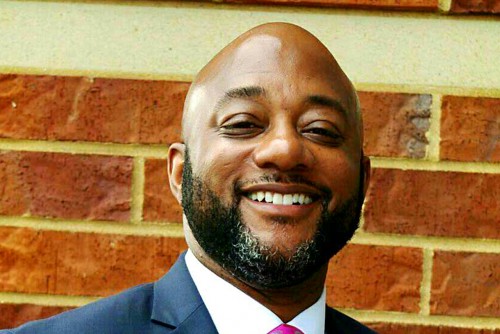 "We were humbled and deeply honored by the invitation from Athena St. Charles, which has proven its commitment to expanding the role of women in leadership globally,” Walker said. “This will be our first official presentation together, which will partially focus on how men can be much more active and supportive in breaking down barriers that hold women back."

Walker, the recipient of the 2016 Lindenwood University Professor of the Year Service Award for his work on and off the Lindenwood campus, is a leader in the field of diversity and inclusion training with businesses ranging from not-for-profits and small, local operations to Fortune 500 companies. He also received the inaugural 2016 Symbol of Hope Award, a distinction given by St. Francis Community Services to an individual coming from humble means who has created large and positive impact in the community. In 2014, he was selected as an Emerson Electric Company Professor of the Year for teaching excellence.

Roach was selected in 2011 by DELUX Magazine as one of St. Louis’ Women Power Players of the Year. Her other recognitions include National Sales Network Black Business Woman Who Rock and Gateway Classic African-American Citizen of the Year.

The internationally-recognized Athena Leadership Award Program was introduced to St. Charles County in 1987. The program exists to support women to reach their full potential.

In 1997, the ATHENA Leadership Foundation of St. Charles County was created to support women in leadership beyond annual recognition. The foundation focuses on creating opportunities for professional women to come together into the area’s most visible “power network” and is committed to increasing the number of women serving executive leadership roles and on executive boards.

The awards event will be held from 8 a.m. until 1:30 p.m. at Lindenwood University’s J. Scheidegger Center for the Arts, 2300 W. Clay Street in St. Charles.