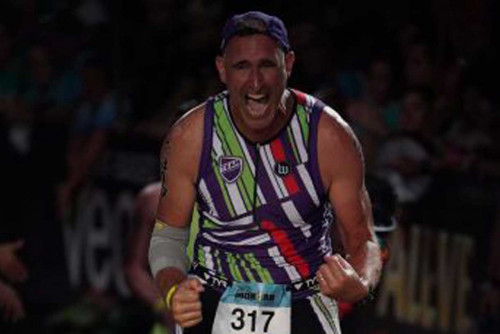 On behalf of the Leukemia and Lymphoma Society, Paul Wright, professor of health sciences completed the 2019 Ironman World Championship on Oct. 12 in Kailua-Kona, Hawaii. The race, which consisted of a 2 ½-mile open-water swim, a 112-mile bike ride, and a 26.2-mile run, was complicated by the fact Wright broke his arm eight weeks before the race.

Wright was one of five athletes across the country selected to participate in this prestigious event on behalf of the Leukemia and Lymphoma Society, for which he has raised $25,000 through his participation and hopes to raise $25,000 more before the end of the year. The money raised will help fund a major research grant for the society toward seeking cures for leukemia, lymphoma, and all related blood cancers. Wright said if he reaches the $50,000 threshold, the money will stay in St. Louis to fund research by the Siteman Cancer Center and Washington University.

Wright, 48, has completed full Ironman races before, most recently in Britain in 2007, and has also completed numerous shorter versions of the race. As a collegiate athlete at Clemson, Wright competed as a sprinter in the 400- and 800-meter distances. He began his Lindenwood career in 2007 as head track and field coach and coached the Hong Kong track and field team in the 2012 Summer Olympics in China. He currently teaches physical education, sports psychology, and therapeutic recreation in the School of Health Sciences. 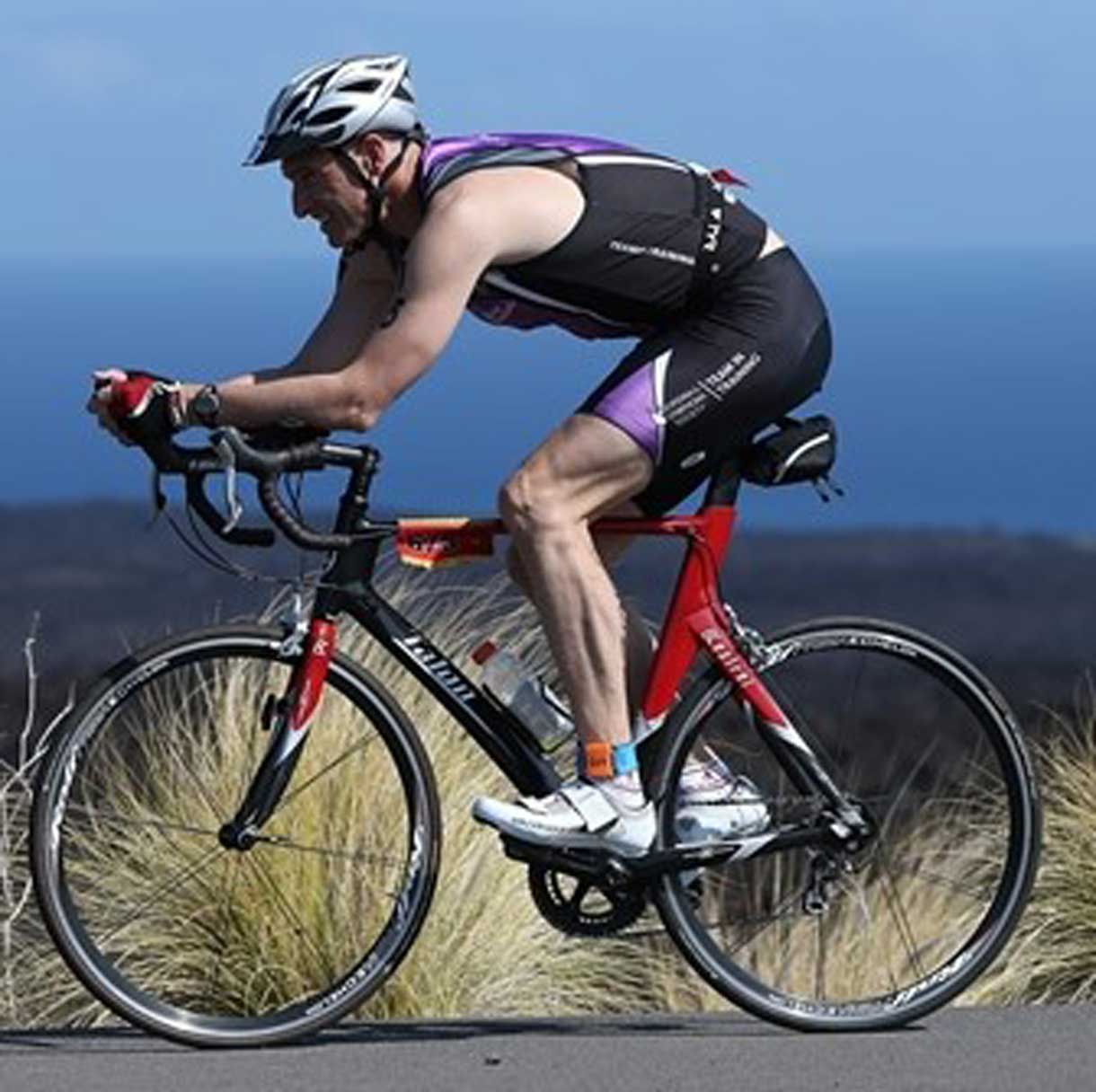 In addition to the fund raising aspect of the race, Wright said he made the decision early on to race in memory of Glenn Markway, a Lindenwood student and rugby player that Wright was very close to who died after a 2 ½-year battle with a blood cancer called Acute Myeloid Leukemia. Wright has since been honoring his name by fundraising for the Leukemia and Lymphoma Society of America, raising over $25,000 last year with a climb of Mount Kilimanjaro that he completed with his wife, Anna. This year, Team Glenn hopes to raise $50,000 before the close of the year. Once he reaches that amount, he is assured the money will stay in St. Louis to fund research by the Siteman Cancer Center and Washington University.

In addition to training and racing with the broken arm, which he suffered in a bike crash during training, Wright  also tore a muscle in his lower back just days before competing. Determined to stand behind the cause, Wright knew he could fight through it to help fund the journey towards a cure.

“My pain will be temporary,” Wright said. “For many children and their families, the pain can be something harsh and real that can last many years and can all too often take lives.”

Even with his injuries, Wright finished the race in just over 16 hours, coming in 55 minutes before the cut-off time. Initially, he had been planning to finish in closer to 12 hours but lost a month of training to the broken arm.

“Sometimes it is not about the time but more importantly getting to the finish line,” said Wright.

Wright also paid tribute to his friend and colleague, Dr. Greg Anderson, associate professor of biology, who passed away shortly before Wright’s trip to Kona. He honored him by painting his name across his body so that he could carry his memory as he crossed the finish line.

“This has been one of the hardest and most remarkable journeys of my entire life,” Wright said. “I am so grateful to so many people.”

Although the 2019 Kona Ironman World Championship is over, Wright is still encouraging donations to help hit the $50,000 goal.