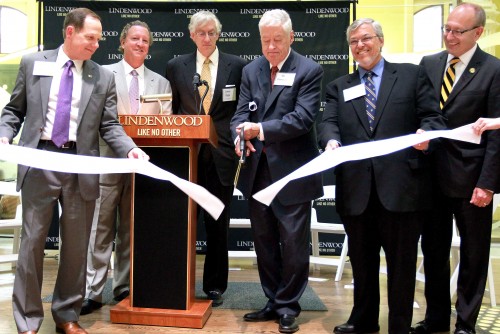 Lindenwood University held a grand opening for its newest location in St. Louis’ Old Post Office building at 3 p.m. on Wednesday, May 12. The event included remarks by a distinguished collection of speakers, a ceremonial ribbon cutting, and tours of the facility led by Lindenwood’s student ambassadors.

“I firmly believe the future can be enhanced by honoring the past,” Shonrock said. “And this building is ‘like no other’ when it comes to history. That’s why it is such a good fit for Lindenwood.”

The building was constructed in 1884 as a testimonial to the strength of the United States following the Civil War, and it was restored by DESCO and the DFC Group in 2006.

The university began holding classes at the site in its accelerated evening programs in April and in its teacher education programs in June.