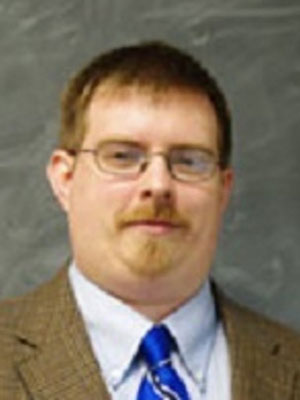 Dr. Nick Wintz is a control theorist whose publications examine processes with continuous, discrete and hybrid measurements. He received his BS and MA in mathematics from Marshall University in Huntington, WV. His master’s thesis was "Eigenvalue comparisons for an impulsive boundary value problem with Sturm-Liouville boundary conditions," written under the direction of Dr. Bonita A. Lawrence. While at Marshall, he served as a Graduate Teaching and Research Assistant. He continued his doctoral work at Missouri University of Science and Technology (formally University of Missouri-Rolla) in Rolla, MO.  His dissertation was "The Kalman filter on time scales" under the direction of Dr. Martin Bohner.  While at Rolla, he also earned a Graduate Certificate in Financial Mathematics.

After a stint as a Lecturer at Missouri S&T, Dr. Nick Wintz came to Lindenwood University as an Assistant Professor in 2011. In 2015, he was promoted to Associate Professor.

He currently lives in St. Charles, MO with his wife, Amy and son, Ben.