Dr. Alameda is a professor and chair of the Physical Education, Health, and Wellness Department in the School of Health Sciences at Lindenwood University. She earned a Doctor of Education from Lindenwood University in instructional leadership, a Master of Science in nutrition and dietetics from Saint Louis University, and a Bachelor of Science in kinesiology and exercise science from Illinois State University. She serves as one of the liaisons for the School of Health Sciences and the employee wellness program (LindenWell) through Human Resources to develop and implement programming for the university. Dr. Alameda currently teaches classes in health and nutrition, stress management, and community health. In her time at Lindenwood, she has received the University Service Award for her commitment to health and wellness in the Lindenwood community. She enjoys sharing her passion for living a well-balanced, fulfilling life and hopes that her classes give students the knowledge and skills to influence positive health behaviors in their chosen fields. 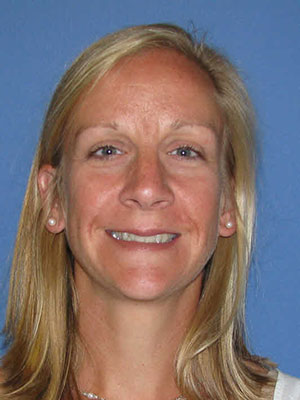 Heather Pennington has taught at Lindenwood University since 2010 as an assistant professor in the School of Health Sciences. In 2014, she initiated the creation of a new minor in adapted sports and recreation. Pennington received her master’s degree in exercise physiology from the University of Alabama at Birmingham, and her Bachelor of Arts degree in exercise science from Samford University in Birmingham, Ala. She has obtained the NSCA CSCS and CSPS and NASPE CAPE certifications, among a few others. Throughout her career, Pennington has worked for 21 years in the field of adapted sports and therapeutic recreation. This included 11 years at the Lakeshore Foundation Olympic and Paralympic Training Site in Birmingham. She has also traveled the country speaking and serving as a consultant for adapted sports, recreation, and fitness to professionals and people with all types of disabilities and has done so with organizations such as United States Paralympic Military Program, U.S. Paralympic Sport Development Program, and more. She has taught at the university level for 20 years, specializing in adapted sport, exercise, and recreation for nine years.

Paul Wright received his B.S. in parks, recreation, & tourism management from Clemson University in 1993. As a graduate research associate, he was employed by the Strom Thurmond Institute working with intergenerational programs through a grant provided by the AARP Andrus Foundation. In 1996, he earned his M.S. degree from Clemson University with an emphasis in Community Leisure Services. His master’s thesis was titled “The Effects of a Unique Summer Prescriptive Recreation Program on the Self-Perceptions of Youth in At-Risk Environments.” Beginning in 1996, Dr. Wright joined the faculty at the University of Utah, teaching classes in the Exercise Science Department and therapeutic recreation major. In 2001, he received his Ph.D. in therapeutic recreation from the University of Utah. His dissertation was titled “Evaluating Developmental Assets in Adjudicated Youth.” Following his doctoral studies, Wright served six years as the department chair of Physical Education & Recreation Administration at Southern Virginia University before joining the Lindenwood University faculty in 2007. Dr. Wright has a background in sport psychology and served as the Olympic coach for Hong Kong, China, for track & field at the 2012 London Olympic Games. In 2014, he completed his M.A. in professional counseling from Lindenwood University and is a Licensed Professional Counselor in the State of Missouri. Always an avid learner and teacher, he is midway through the M.B.A. program in the Robert W. Plaster School of Business & Entrepreneurship.