The Dance Program coordinates a variety of opportunities for students to network with internationally recognized artists. These experiences include lectures, demonstrations, master classes, assessment classes, and week-long residencies that culminate in an original work for the stage. 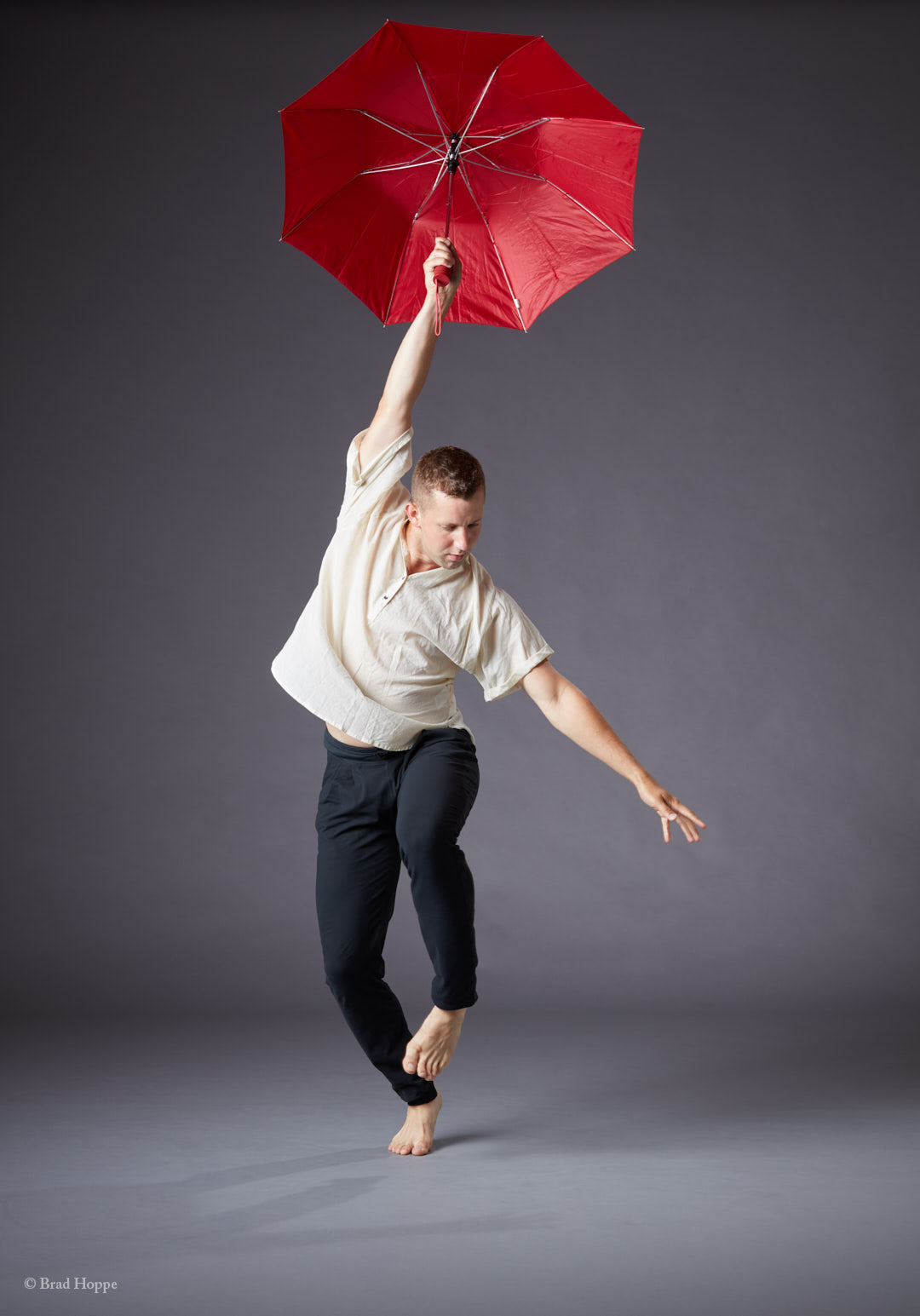 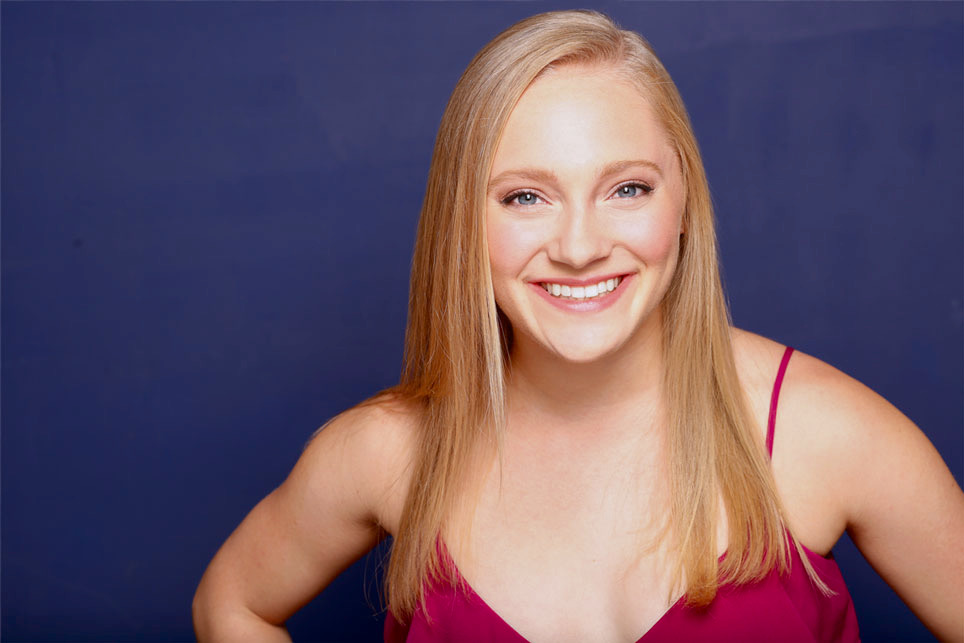 Gina Daugherty, originally from Minnesota, grew up dancing at Northern Force Dance Company under the direction of Kara Bode and Joe Meyer. She has studied at many prestigious schools including The University of the Arts (Philadelphia, PA), Peridance Capezio Center (New York, NY), and the Professional Semester at Broadway Dance Center (New York, NY). She also has attended the Joffrey Ballet School Jazz & Contemporary LA Summer Intensive on a full tuition scholarship. Gina has also participated in Axis Connect in NY and LA where she had the pleasure of learning from Tony Testa, Vincent Patterson, Peter Chu and other established choreographers.

Most recently, Gina has worked as associate choreographer to Charlie Sutton on various shows and projects including The Elf On The Shelf (National Tour), The Quiet World (Jerome Robbins Foundation), Newsies (Theatre By The Sea), Saturday Night Fever (Theatre By The Sea), Evita (ACT of Connecticut), Noël (National Tour), BCEFA Red Bucket Follies and Broadway Bares 28. Gina has also had the opportunity to assist Brooke Wendle set a piece for the Broadway Dance Center AIM Invitational and also at Lipstick Diaries NYC Intensive. Her favorite performance credits include DanceBreak 2019, Battery Dance Festival, Danza Heights Festival, and Broadway Dance Center ProSem Alumni Showcase. Gina is also a co-founder and on faculty at the in-studio dance intensive Skyline Dance Workshop based out of Syracuse, NY. She teaches the musical theatre dance classes.

Currently, you can find Gina on the road with the national tour of Charlie And The Chocolate Factory as dance captain, swing, understudy Veruca Salt and Cherry Sundae. 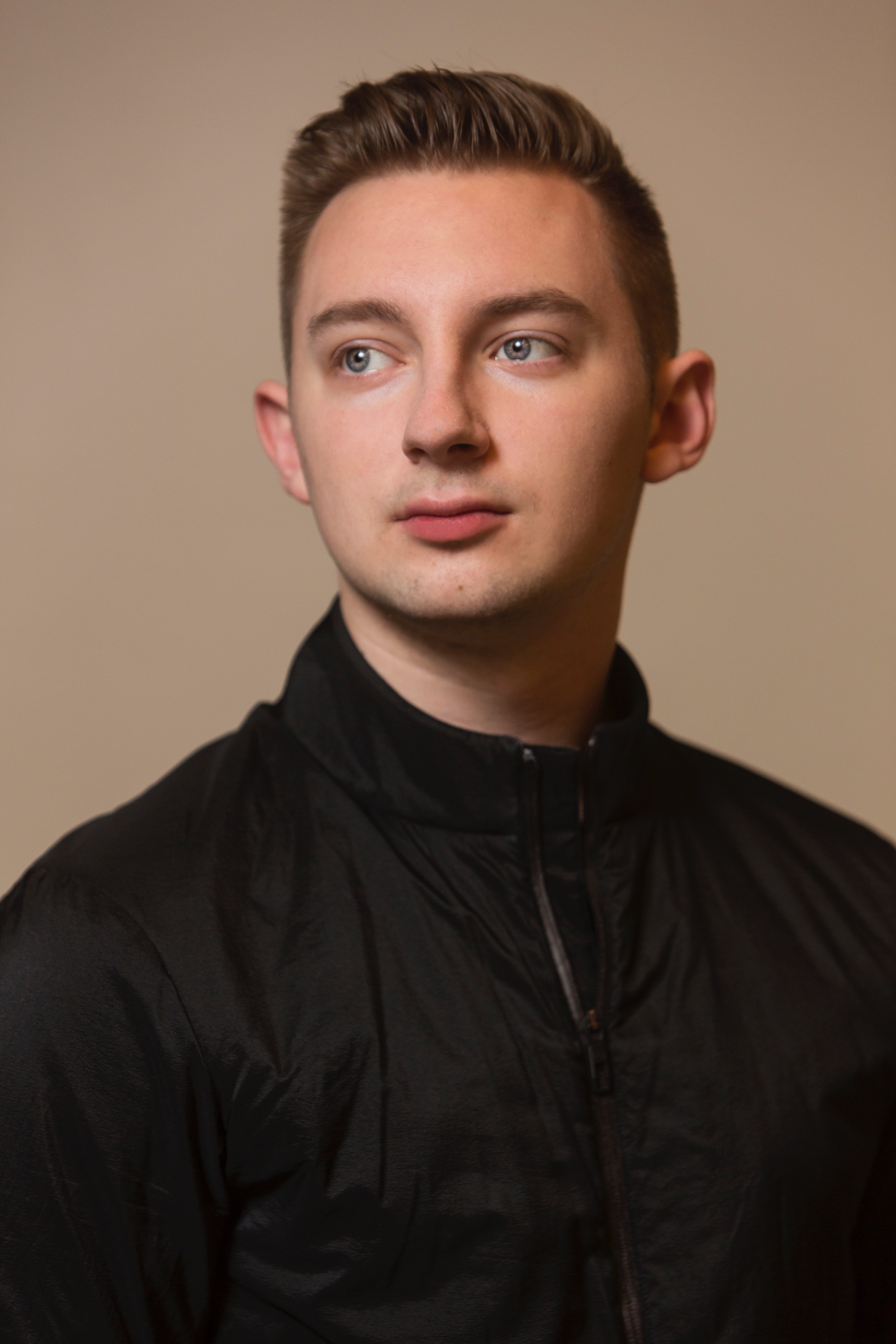 Harrison was born and raised in St. Louis, Missouri, where a love for performance and musical theatre led him to begin his formal dance training at the age of 16. He danced as a member of the pre-professional program at the Center of Creative Arts under Lee Nolting and Christine Kardell. Harrison went on from COCA to attend the Conservatory of Music and Dance at the University of Missouri-Kansas City, obtaining a Bachelor of Fine Arts in Dance. While at UMKC, Harrison was honored to dance in various capacities all over the country. Performing at the Kennedy Center in Washington D.C. and alongside the Alvin Ailey American Dance Theatre in Ailey’s Memoria were two highlights and foundational experiences for him. Harrison completed a Master of Fine Arts in Dance from Washington University in St. Louis. 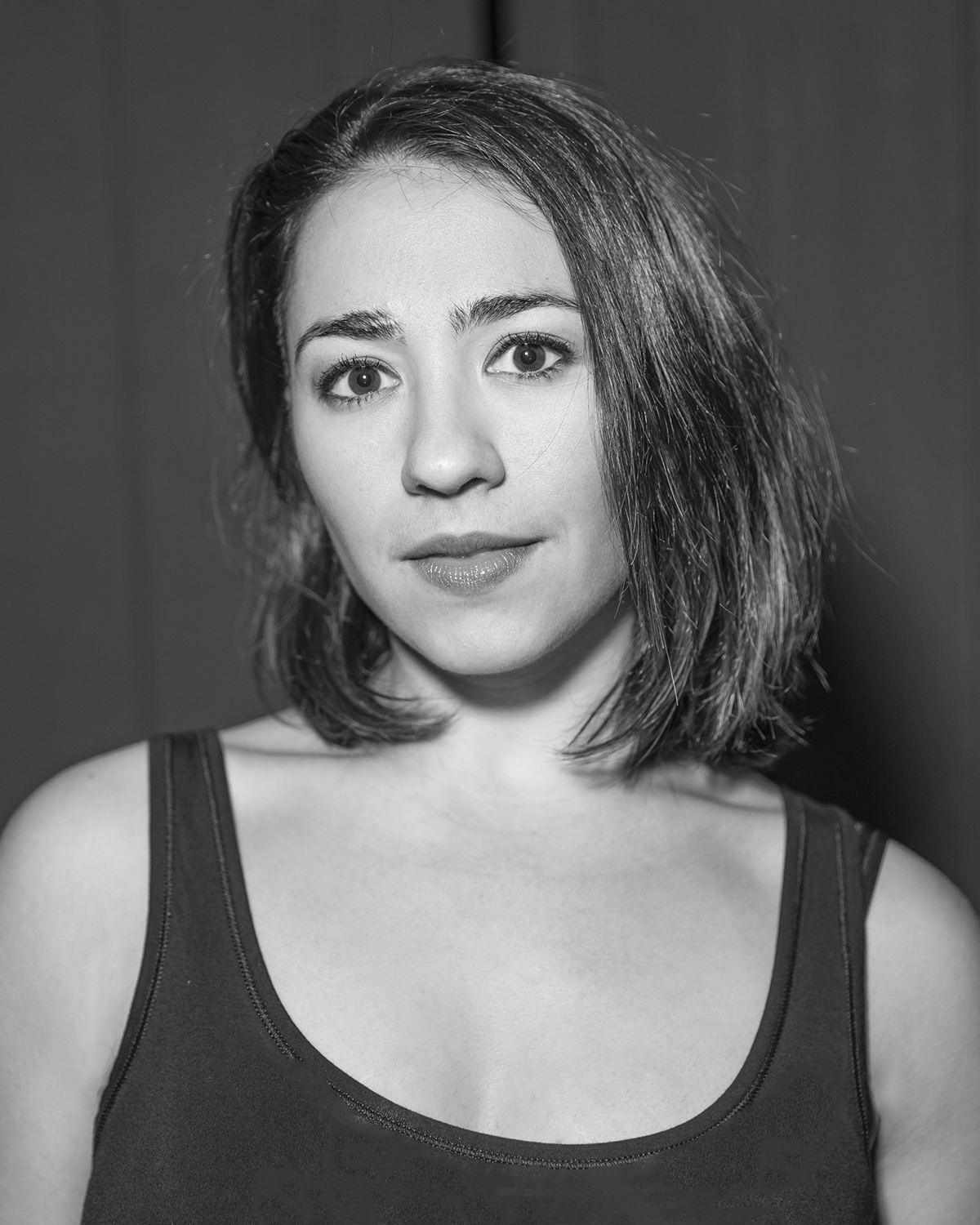 Francesca Baron is a Chicago-based choreographic and performing artist who is drawn to dance because it allows for dynamic expression through the instrument of one’s body. Original works have been presented at A New Light Festival, College of Dupage Annual Choreographer’s Showcase, Emergence Summer Festival, and the American College Dance Association.

Notably, she has choreographed on Esoteric Dance Project (​Choreographer Mentorship Program ​selected  recipient), Inaside Chicago Dance (​Choreographic Sponsorship Even​t winner) to reset an original work, and was one of six Chicago choreographers chosen to create a new work for the highly anticipated NEW Dances 2019 performance hosted by Thodos Dance Chicago + Danceworks Chicago which included 4 sold out shows. She will be a guest artist at College of Dupage this Fall, presenting her solo ​Float the Brain​. Additionally, she is co-curating her first show, ​Fused​, to premier in Chicago later this year where three of her works will be presented. Francesca earned a BA in Dance from Lindenwood University and has extensive training in contemporary and modern forms including the One Body, One Career countertechnique intensive with Anouk van Dijk, LINK festival hosted by Salt Contemporary Dance, The Cambrians winter intensive, FACT S/F, and The American Dance Festival 6-week school. She has performed with Inaside Chicago Dance, Leverage Dance Theater, Visceral Dance Chicago, Trifecta Dance Collective, Project606 Dance, and the evening length work ​Firstbite ​choreographed and produced by Brian McGinnis, among other various free-lance projects. Currently, she is a member of Still Inspired(?) as they prepare for their sixth season. 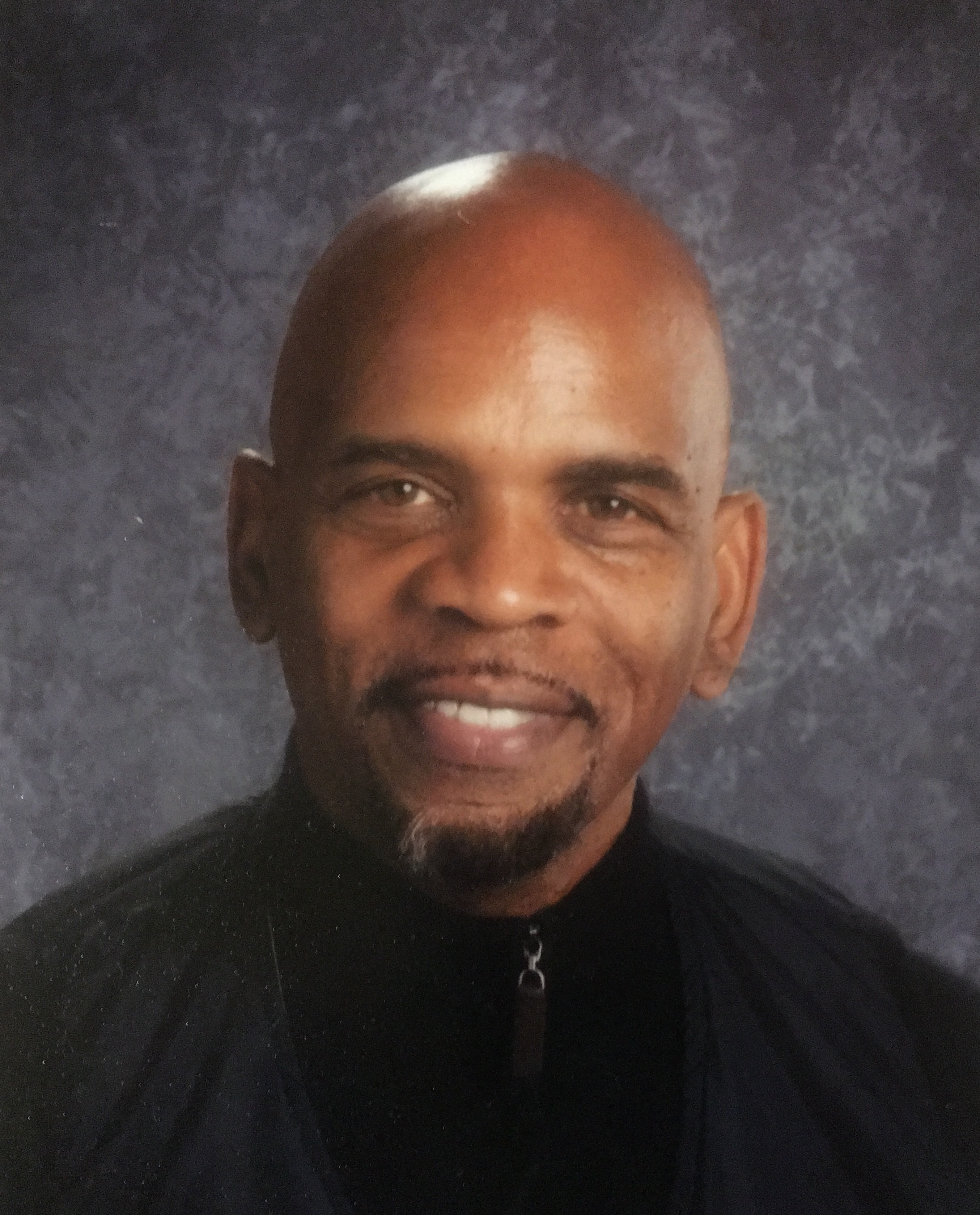 Keith Tyrone Williams is a proud native of East St. Louis, Illinois. He has performed, directed, and choreographed throughout the United States and extensively in Europe. As Artistic director, Keith directed, choreographed, and produced The Ties That Bind, a riveting theatrical work performed by his company, Innervison Dance Theatre. He also co-starred in The Full Monty at Stages St. Louis for which he won the prestigious Kevin Kline Award. His choreography for Sarafina, a musical about South African apartheid, received rave reviews and garnered another Kevin Kline Award for best choreography. He most recently received the honor of Arts Educator of the Year (2018) from the Arts and Education Council of Greater St Louis. Keith is also a distinguished recipient of the NAACP Award for his contributions to the cultural arts and Arts-In-Education.

Other notable awards include the Eminent Educator Award/Phi Delta Kappa, African American Heritage Award/Links inc., 2019 Marquis Inaugural Award, and recognition as a 2014 St. Louis Regional Arts Commission Fellow. As an arts educator, Keith was recently featured in I Am East St. Louis Magazine, honoring natives who defy the negative stereotypes associated with the city. His Broadway, national, and international credits include Once On This Island, Legs Diamond, Five Guys Named Moe (LA Ovation and NAACP nomination), The Music of Andrew Lloyd Webber (British Royal Command Performance), Bubbling Brown Sugar, Starlight Express, On The Town, and the Katherine Dunham Gala at Carnegie Hall. Keith is very proud to be among the few people certified by Katherine Dunham to teach the world-renowned Dunham Technique. Keith holds a BS (Southern Illinois University at Edwardsville), Master of Arts in Directing, and is completing his MFA/Directing with an emphasis in Arts Management (Lindenwood University). 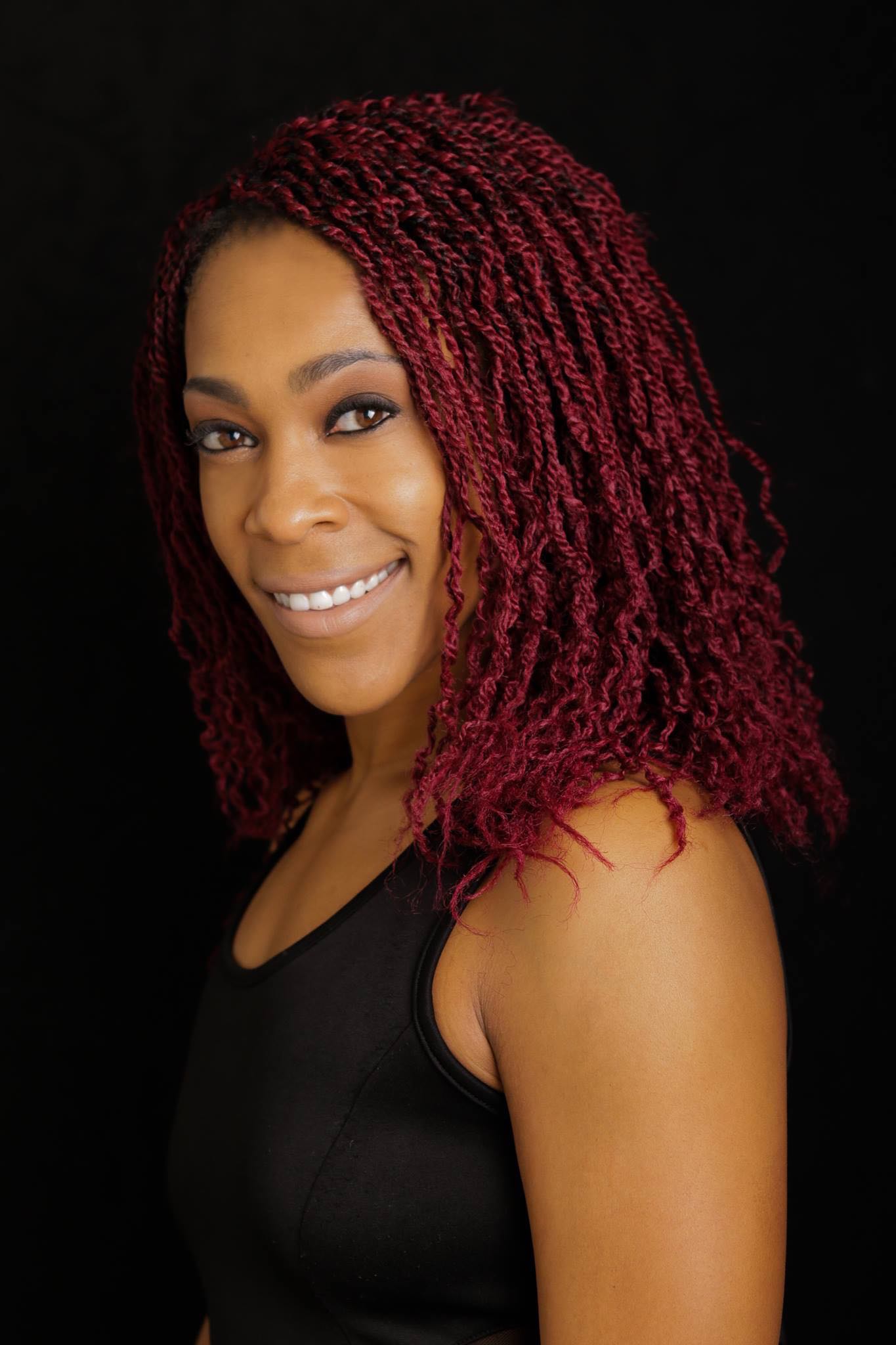 Sunshine began her dance career at the Katherine Dunham Dance Center in East St. Louis, Illinois, where she was born and raised. She later evolved professionally & technically with her training at Illinois State University, allowing her to work with many notable choreographers in dance theatre and commercialism. It was there Sunshine was grounded in an array of dance techniques: Ballet, Jazz, Modern, Hip Hop, West African, Caribbean, amongst others.

Sunshine continues to perform & spread her passion of dance & fitness through the gift of inspiration, education, and performance. Her businesses, Beyond Measure, LLC is a 3-tier company consisting of Beyond Measure Dance Theater (Professional Dance Company), Afroetics (Afro Dance & Fitness Fusion), and The AfroKuumba Dancers (Youth & Pre-Professional Training Program). Learn more about her work at: aliciasunshine.com

More artists will be announced soon!

The Dance Program also helps to maintain SYNERGY, the Lindenwood University Student Dance Club. The club is an active organization that works to unify students in dance. Synergy creates an environment which inspires and enables dancers of all backgrounds to discover their potential, strive for excellence, and improve their technique. SYNERGY also coordinates additional opportunities for guests in dance.