The Dance Program coordinates a variety of opportunities for students to network with internationally recognized artists. These experiences include lectures, demonstrations, master classes, assessment classes, and week-long residencies that culminate in an original work for the stage.

Hot Crowd is a 501(c)3 non-for-profit Chicago-based dance company whose goal is to stimulate and inspire dancers and non-dancers alike through innovative movement, community interaction and accessibility to strengthen and spread the art of modern dance throughout the Chicagoland area and beyond.

Hot Crowd was established in 2017 by Founder, Emily Rayburn. Since its inception, Hot Crowd has been invited to perform in several major cities throughout the U.S. including Chicago, Philadelphia, Detroit and St. Louis as well as out of the country in Seoul, South Korea. The dance organization has also created five self-produced shows and one professional dance for film. Other Hot Crowd programming includes dance workshops/residencies for students ranging in age from youth to adult, pay what you can community dance classes, and collaborative events with other local artists and businesses. 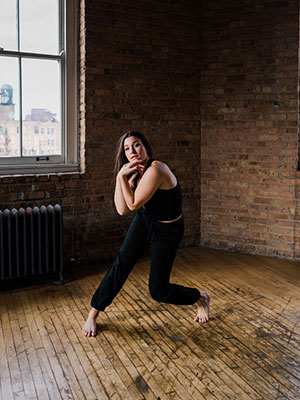 Devon Lloyd is a dancer, teacher, and content creator from Naperville, IL and received her BFA in Dance from Western Michigan University. Originally a Jazz and Tap dancer, undergrad showed her a new love of modern dance. During her time at WMU she worked with artists Peter Chu, Eddie Ocampo, Rennie Harris, and international choreographer Ohad Naharin. She also performed multiple works by professor and mentor, Carolyn Pavlik, that showcased at the Kennedy Center in Washington, D.C. Since 2012 Devon has been an instructor and judge for Universal Dance Association and frequently travels around the U.S. to teach and judge. Devon is happy to be back for another season dancing and serving as Operations Executive, Co-Director, and Media Manager for Hot Crowd. Thank you to Emily Rayburn and the Board for this new opportunity. 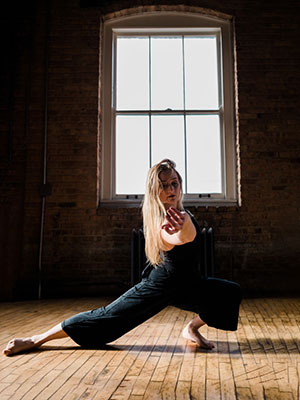 Brittany Latta, originally from Wheaton, IL received her BA in Dance at Western Michigan University. Her Holistic Health Care minor has complimented her dance portfolio by providing a distinctive understanding of movement mechanics in the human body, creating methods in approaching performance through a mind-body connection to herself and those around her. While in undergrad she worked with renowned choreographer Gabrielle Lamb and Rennie Harris as well as under WMU faculty members David Curwen, Whitney Moncrief and Monique Haley. Post grad, Brittany trained as a scholarship student at Visceral Dance Center under the direction of Nick Pupillo. In 2017 Latta joined Hot Crowd under the direction of Artistic Director, Emily Rayburn. With Hot Crowd, she has had opportunity to work with dancers and choreographers of various styles including Joseph Hernandez, Jessica Miller Tomlinson and Katie Carey As of August 2021, Brittany has taken over as Programs Coordinator & Co-Director of Hot Crowd where she will continue to focus on the success of the organization. 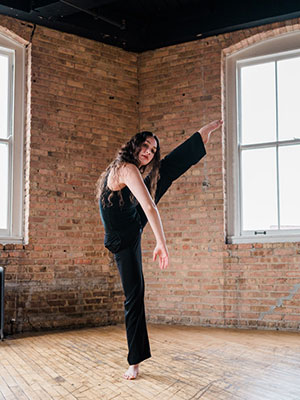 Lindsey Scouten is a Virginia native. She is a 2019 graduate from George Mason University where she had the opportunity to learn from artists such as Susan Shields, Roger Jeffrey, Ethan Brown, Christopher d’ Amboise, Caroline Rocher, Jean Emile and more. During her four years she also had the opportunity to study Nacho Duato’s, Na Floresta, and perform an excerpt of Mass, by Doug Varone in their annual Gala Fete. During her freshman year she was awarded the “Emerging Freshman Artist Award,” with scholarship. Upon graduation she has had the pleasure of working with Company Danzante, Merce Cunningham Trust, Visceral Dance Chicago, RawArts Dance Company, Meadows Dance Collective, Alluvion Dance Chicago and Joel Hall and Dancers. Lindsey is excited to be joining Hot Crowd for her first season with the company. 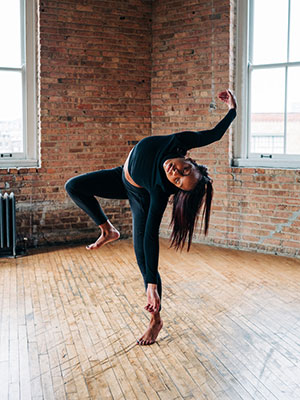 Kyra Laster is a dancer, choreographer, and teacher based in Chicago, IL. She is a recent graduate of Western Michigan University where she received a BFA in Dance and a BBA in Marketing. During her time at WMU, Kyra participated in numerous Department of Dance concerts where she has performed works choreographed by faculty, peers and by guest artists, BAIRA and Mike Esperanza. Kyra was a 2021 Company Member with Dance in The Parks Chicago where she performed works by Joe Musiel, Lauren Blane Bogren, Ashley Deran and Emily Loar and was chosen to present her choreography at the 2021 Alluvion Dance Chicago’s choreography showcase and Detroit Dance City Festival. She served as Artistic Director of Hip Hop ConnXion Michigan, a branch of the professional hip hop company based in Chicago, for two years where she set choreography on the company multiple times, directed two videos and performed throughout the midwest. Kyra is currently a Program Officer for ArtLab J and Detroit Dance City Festival where she assists in planning the festival and handles marketing. Kyra is excited for her second season with Hot Crowd! 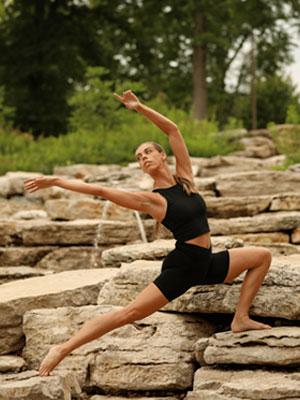 Gabriella Billy, born and raised in St. Louis, started her dance training early on, under the instruction of Christine Kardell. Throughout high school Gabriella became a student at COCA (Center of Creative Arts) where she joined pre-professional companies Ballet Eclectica and COCAdance. She has had the opportunity to work with choreographers such as Darrell Grande Moultrie, Camille A. Brown, Kirven and Antonio Douthit-Boyd, and Alicia Graf Mack. She has also had the pleasure of learning repertoire from companies like Pilobolus and LeherDance. Gabriella is an ABT® Certified Teacher, who has successfully completed the ABT® Teacher Training Intensive in Pre-Primary through Level 3 of the ABT® National Training Curriculum. She has a love for teaching young aspiring dancers and is a faculty member at COCA. Gabriella is currently an apprentice Gyrotonic instructor and is working on her Level 1 certification as another way to share movement with others. Gabriella has had the pleasure of dancing with MADCO 2 for two seasons and is excited to be a member of the main company for its 47th season.

The club is an active organization that works to unify students in dance. Synergy creates an environment which inspires and enables dancers of all backgrounds to discover their potential, strive for excellence, and improve their technique. SYNERGY also coordinates additional opportunities for guests in dance.